CHANGES TO THE EUROPEAN STANDARDS

Standards ordinarily undergo review and if circumstances require, revision, every five years. This enables the documents to represent “the state of the art” by maintaining pace with, for example, changes in risk and advances in materials and manufacturing technology.

Since the first versions of the European Standards for motorcyclists’ protective clothing and equipment were published, they have also been through the revision process, although generally at in excess of the normal, five-year period.

The standard for protective clothing (jackets, trousers and one-piece or divided suits) – EN 13595, Parts 1, 2, 3 and 4 – first published in 2002, was due to continue as a current standard until at least 2023, when the expectation was that it would be merged with the first revision of new standard EN 17092:2020; but due to policy issues combined with an administrative error on the part of European Standards agency CEN, it was mistakenly withdrawn upon the publication of EN 17092 in March 2020 and at time of writing that error is undergoing correction. EN 13595 Parts 2 and 4 are referenced in standards for other products (and not only motorcyclists’ apparel), so the continuation of these two documents in particular is essential, but as experience with EN 17092:2020 grows, it is becoming increasingly evident that EN 13595 still has a very important role to play in specifying and testing motorcyclists’ clothing.

With limited time to respond to the introduction of the PPE Regulation, manufacturers whose product development programmes are seldom shorter than two years found themselves in a situation where they needed to have products certified by 21st April 2018, when the revised standard would not be available until after that date.

The draft European Standard prEN 17092 therefore took on the appearance of a document based on the test performance garments currently in development could achieve – a “rubber stamp standard” – rather than a set of requirements to which those garments should aspire (as represented by EN 13595). This is understandable, given the fast-approaching legislative deadline, as it was expected to enable manufacturers to label garments mid-production.

There are several steps still to go before the proposed European Standard prEN 17092 can be finalised. Contact the PVA-PPE Group for details of the prevailing situation.

The Australasian MotoCAP star rating scheme for motorcyclists’ clothing and gloves continues to use EN 13595 as the basis for its testing programme. Further details at www.motocap.co.au. 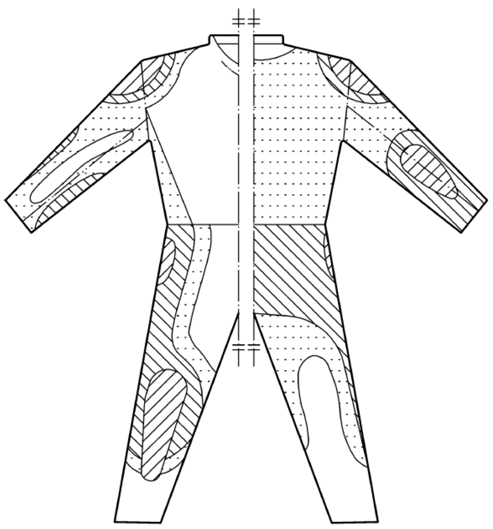